More a 5+2 MPV than a true seven-seater, Classy styling that stands out from the crowd Upmarket interior with family-friendly features

"The Renault Grand Scenic is a stylish take on the MPV formula. As a five-seater, it’s as good as any car in its class, with a flexible interior, large boot and long list of standard equipment. You also get the benefit of two extra seats and massive 20-inch alloy wheels as standard."

The seven-seat MPV is dead, long live the seven-seat SUV. Okay, so rumours of the death of the MPV have been greatly exaggerated, but there’s no doubt that the SUV is the car of choice for dedicated followers of family fashion.

Which might explain why Renault decided to give the Grand Scenic such an eye-catching makeover. Four years on from its launch, it remains one of the best looking cars in its class. Renault even took the bold step of fitting 20-inch alloy wheels as standard across the range.

In common with many of its rivals, the Renault Grand Scenic would be best described as a ‘5+2’ MPV, rather than a full seven-seater. The third row is a little tight, even for children, but the seats are fine for occasional use. 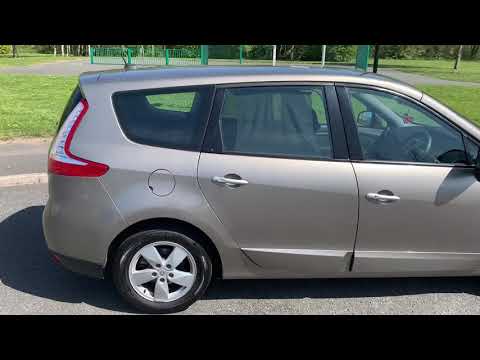 Fill in the form